Guilherme Meneses: Creation, research, structuring and coordination of the project

PhD in Social Anthropology (PPGAS/FFLCH-USP); Master in Social Anthropology and Bachelor of Social Science (FFLCH-USP); Bachelor of Business Administration (FGV-EAESP). Reseacher of the Centro de Estudos Ameríndios (CEstA), the Núcleo de Antropologia Urbana (NAU) e the Laboratório de Estudos Pós-Disciplinares (LAPOD), all at the University of São Paulo (USP). His master thesis deals with the controversies surrounding the dependence of electronic games and his doctoral thesis is focusing on the recent movement nixi pae rituals in and out of the huni kuin villages. Currently his focus has been on creating games engaged in social transformation (serious games) – Also works with the development of board and card games; He has more than 20 creations unpublished.

Computer scientist (UNIFRAN) and game designer (SENAC/SP). Works as a teacher of game programming at the Einstein Program in the Community of Paraisópolis (PECP), in São Paulo. He also teaches computer science and robotics at Colégio Monte Castelo. He worked as a teacher of game programming for children at SuperGeeks from 2016 to 2018. He was the programmer and level designer of Huni Kuin: Yube Baitana, awarded at the BIG Festival 2019. His first game, Kane, was awarded third place in the category “best game developed by students” during the XI Brazilian Symposium on Games and Digital Entertainment (SBGames).

adja Woczikosky Marin is graduated in Social Communication / Journalism from Casper Libero College (2003) and Social Sciences from the University of São Paulo (2006). Has specialized in Visual Anthropology (Master of Arts) from the University of Manchester (2008) and is a PhD from the Program in Social Anthropology FFLCH, USP. Currently works as director, producer and screenwriter of ethnographic documentaries and several surveys as among the indigenous people of the Cinta Larga (RO). She’s connected to the Visual Anthropology Group (GRAVI) in Laboratory of Image and Sound in Anthropology (LISA-USP). 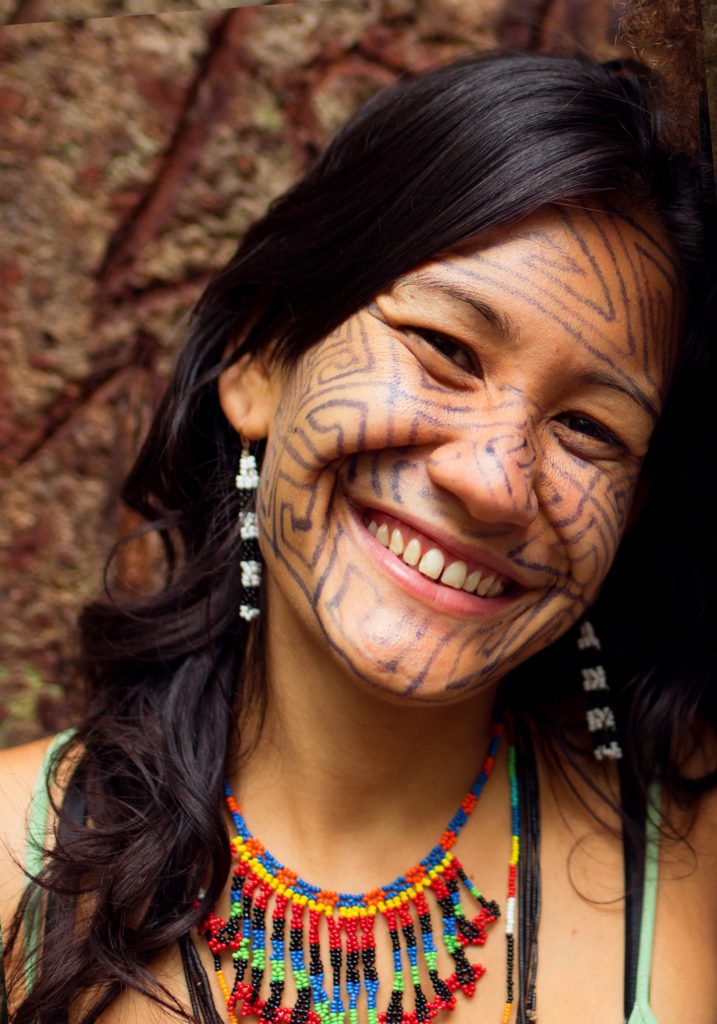 Is an anthropologist and artist. Has degree in Social Sciences from the University of São Paulo and is a researcher in ethnology area linked to the CEstA-USP (Center of Amerindian Studies). She’s currently finishing master’s research in Social Anthropology on the chants and modes of knowledge among the Kaxinawá. She has conducted undergraduate research in the field of Anthropology of the Child following the learning processes among the Guarani Mbya. Alice also integrates the body production of Indigenous Cultures Award at the Ministry of Culture. Haibara still works in the fine arts area with a focus on painting with natural pigments and indigenous art.

Alvaro Antonio Russo Junior is an anthropologist and expert in electricity (solar energy). Currently has got is Master’s degree in Social Anthropology from the University of São Paulo, where he completed his bachelor’s degree in Social Sciences. Alvaro developed scientific initiation research and dissertation about the rituals of Umbandaime. He also works with riverine and indigenous populations in the Tapajos region of Pará State, and other linked sites checking the cultural and patrimonial impacts of interventions and works. 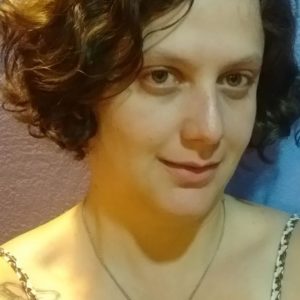 Social Anthropology (PPGAS / USP), Bachelor and Degree in Social Sciences (FFLCH-USP). She is a researcher at the Nucleus of Urban Anthropology, at the Anthropology Center of Performance and Drama and at the Center of Anthropology of Law. He has developed researches of Scientific Initiation and Masters in games of interpretation of papers (RPGs). He was a member of the NGO Ludus Culturalis, developing games and other recreational activities in educational, business and citizenship development contexts. In 2009, he developed the Know-How-in-a-Game project, focused on play and play activities in a community center with children from 5 to 15 years old.

He holds a Master’s degree in Social Anthropology (PPGAS / FFLCH-USP), a Bachelor of Social Sciences (FFLCH-USP), and a researcher linked to the Laboratory of the Urban Anthropology Center at the University of São Paulo (LabNAU / USP), where he developed his research on soccer game practice in the city of Manaus. He also works with the indigenous presence in the urban space, being a member of the Urban Ethnology Group (GEU / USP). He is a composer, graduated in music from the Companhia das Cordas music school, having specialized in guitar and guitar. Today he works with research on leisure practices at SESC / SP.